First two weeks with a Moto360

It’s been two weeks now since my Moto360 arrived from Motorola and I think it’s safe to say I wouldn’t send it back. 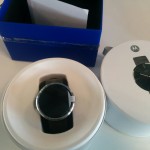 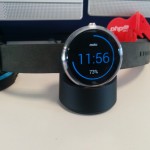 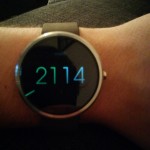 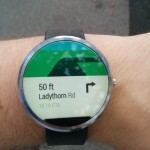 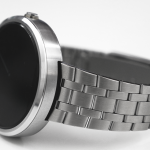 All my concerns about battery life, size and weight of the watch have been squashed and I’m a firm believer that smart watches are the future.

Battery life was by far the biggest concern I had but so far I’m going to bed around midnight with 45% remaining. When leaving it to run down completely it reached 36 hours which is pretty good in my opinion.

The biggest issue for me is the included leather strap. It does the job but it’s a little uncomfortable and annoyingly Motorola decided to add a little bit of plastic just inside the device to prevent you from using your own watch straps. A disappointing move in my opinion.

Motorola are planning on releasing a set of new straps, including my preferred metal strap but rumour is they may be around the £50 mark!

The good news is a post appeared on my Google Now feed about a chap who was looking for a metal strap for his Moto360 and found the Pebble also has the annoying bit of plastic in the strap slot so straps for the Pebble also fit the 360 and they only cost around £10. Result! I have ordered one to see and will update the post to mention how it goes.

Its still early days so am sure there is more to uncover, I’ve yet to find any apps other than the default ones so if you have any suggestions or would like me to test something, pop a comment below.

This entry was posted by Gavin on Tuesday, September 30th, 2014 at 8:03 am and is filed under Android.
You can follow any responses to this entry through the RSS 2.0 feed.

Enough of me, let me know your thoughts below... Cancel reply